Are you Film Curious? 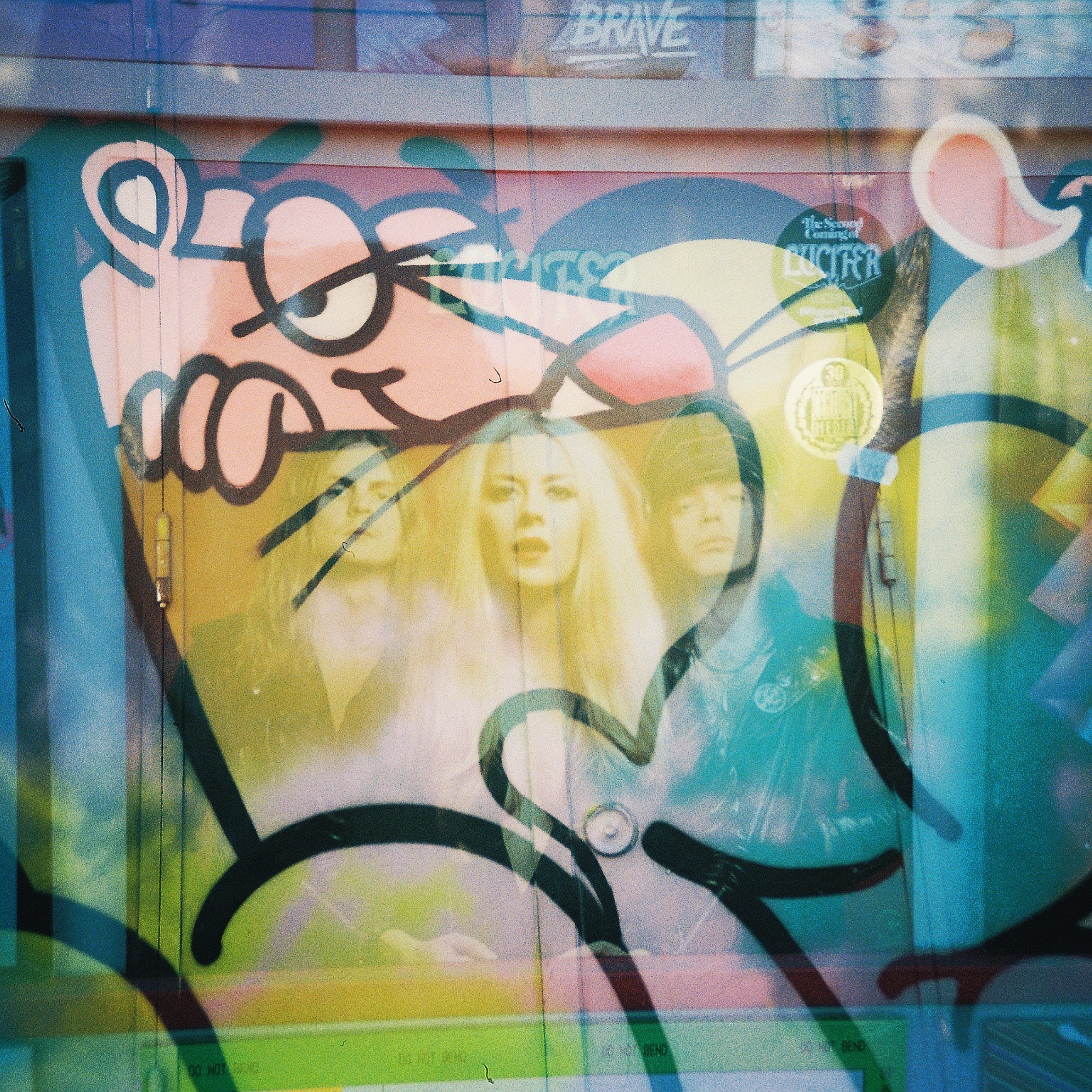 Anyone who has visited us here at Digitalab will have seen the large amount of Film we process on a weekly basis. We are incredibly proud to be among the few labs to still offer this service and we love seeing the varied and creative work that photographers regularly put through for developing.

Analogue Photography is experiencing a renascence at present with many photographers going back to the format for a number of reasons. Some prefer the more deliberate and considered approach which is a necessity when every single frame matters. Others love the unique look that film gives you (no need for a lightroom action to get that ‘film feel’!).

We’ve seen a massive increase in film developed through the lab and much like Vinyl Records it looks like Analogue Photography is back in a big way! Picking up a camera to use is also really accessible with a brief scan on eBay revealing hundreds of analogue cameras available in great condition. We don’t at all expect people to ditch their beautiful DSLR’s but if you are ‘Film Curious’ then here are a few reasons to give it a go. 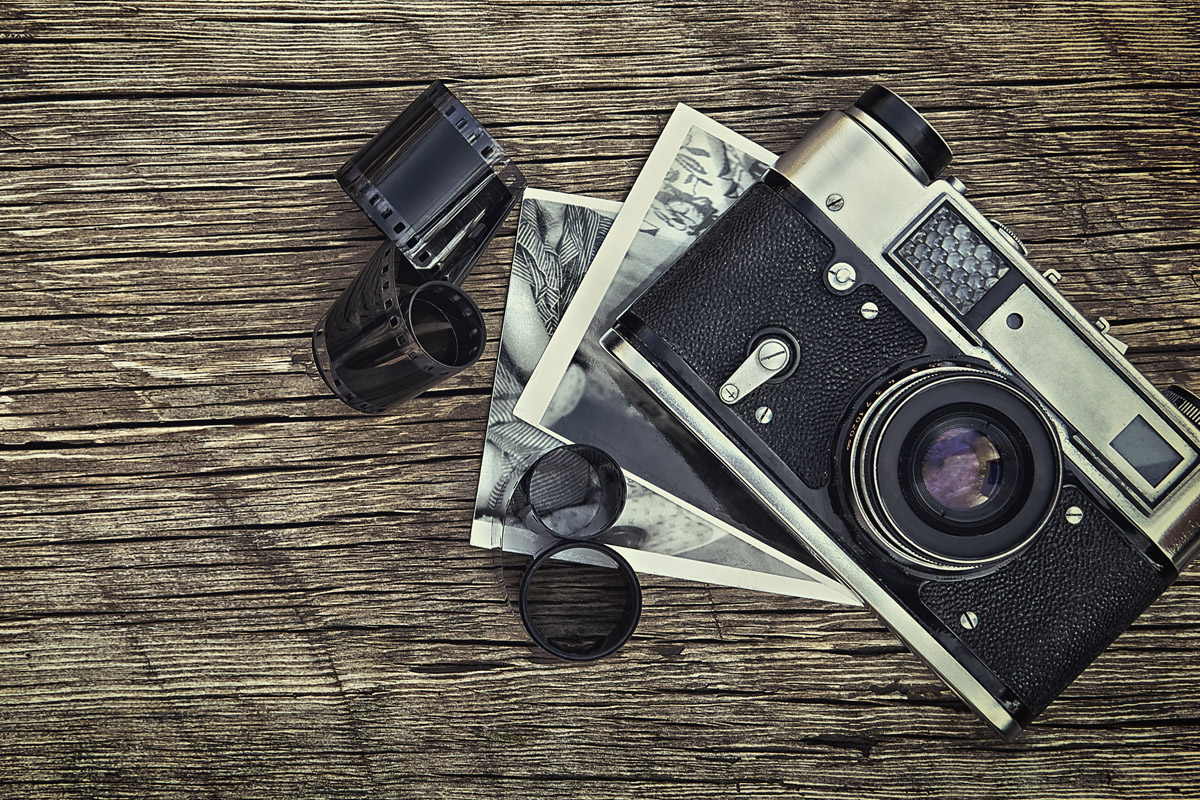 Well, it is! Straight out the back of your camera, boom! There are so many photographers that spend so much time in-camera and in post trying to recreate a ‘film look’. There is a truly unique look to the quality of film and with so many choices available and many more old stocks coming back into production you have so much freedom to create. Its incredibly hard to nail what is so different about film images compared to digital and it’s certainly not ‘better’ – its subjective. It’s just different.

There are a large number of photographers who now offer film packages to their clients as it offers them a seemingly more ‘authentic’ and bespoke service.

Our good friends at Analogue Wonderland are just as passionate about film as we are and have an Aladdin’s cave worth of different film to choose from – well worth a look. 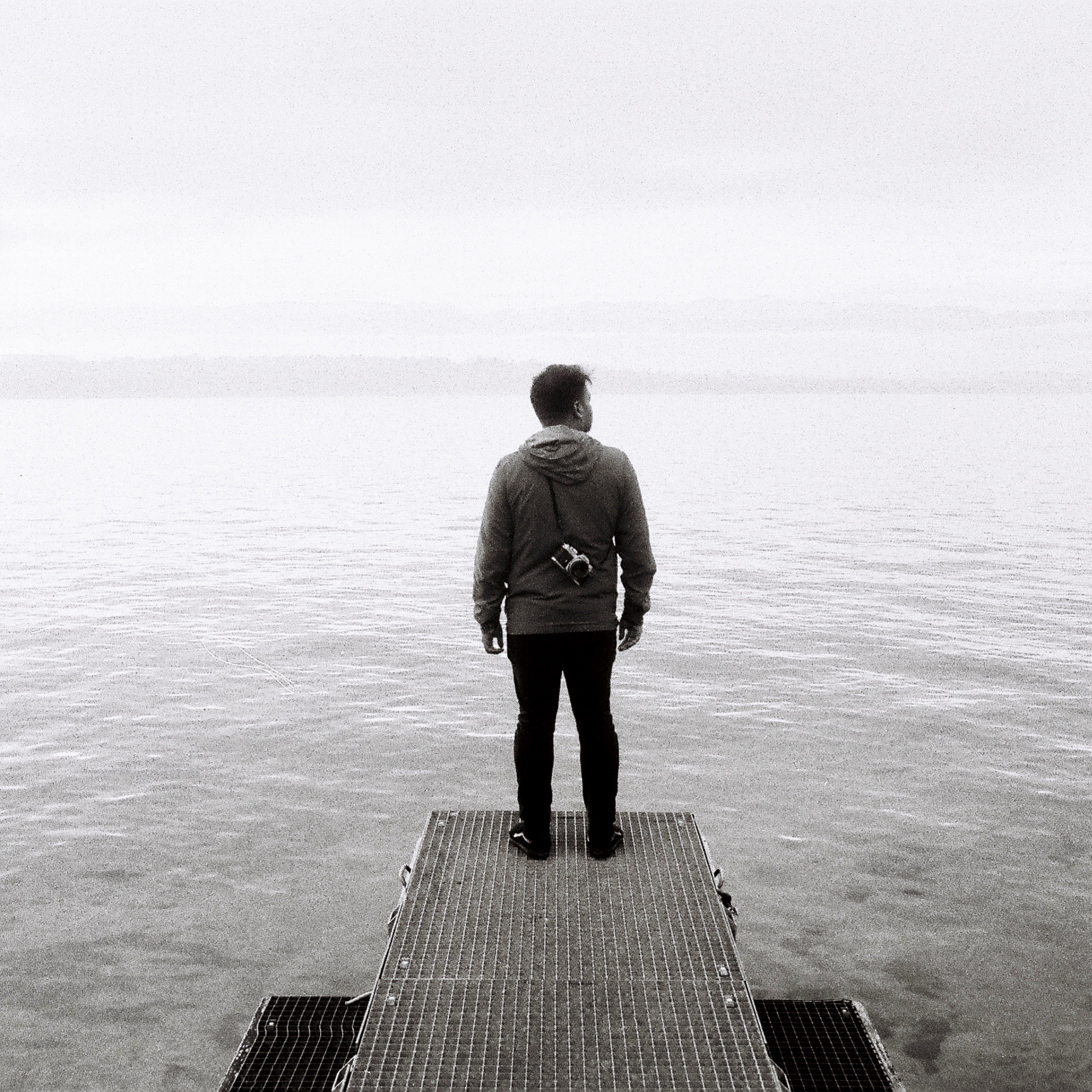 You don’t understand, it’s ‘The Feel of Film bro’

This is a bit nostalgic and verging on self-indulgent but I know a lot of people feel the same. Growing up with my dear old dads love of photography and then later at college and Uni, there is nothing quite like the feel of film. Some of my ‘ehem’ more statesman like colleagues in the industry will well remember the days of Kodak, Fujifilm, Lomo and Ilford to name a few. I’m sure they’ll all agree that there is something very special about the deliberate act of pulling out a roll of film and loading it into your camera. It took me a good while (longer than I’d like to admit) to master unwrapping a roll of 120 without exposing too much of it and loosing 3 frames while loading it into my Mamiya RB67. I tell you what though – I felt like I was a proper photographer once I’d got the knack. 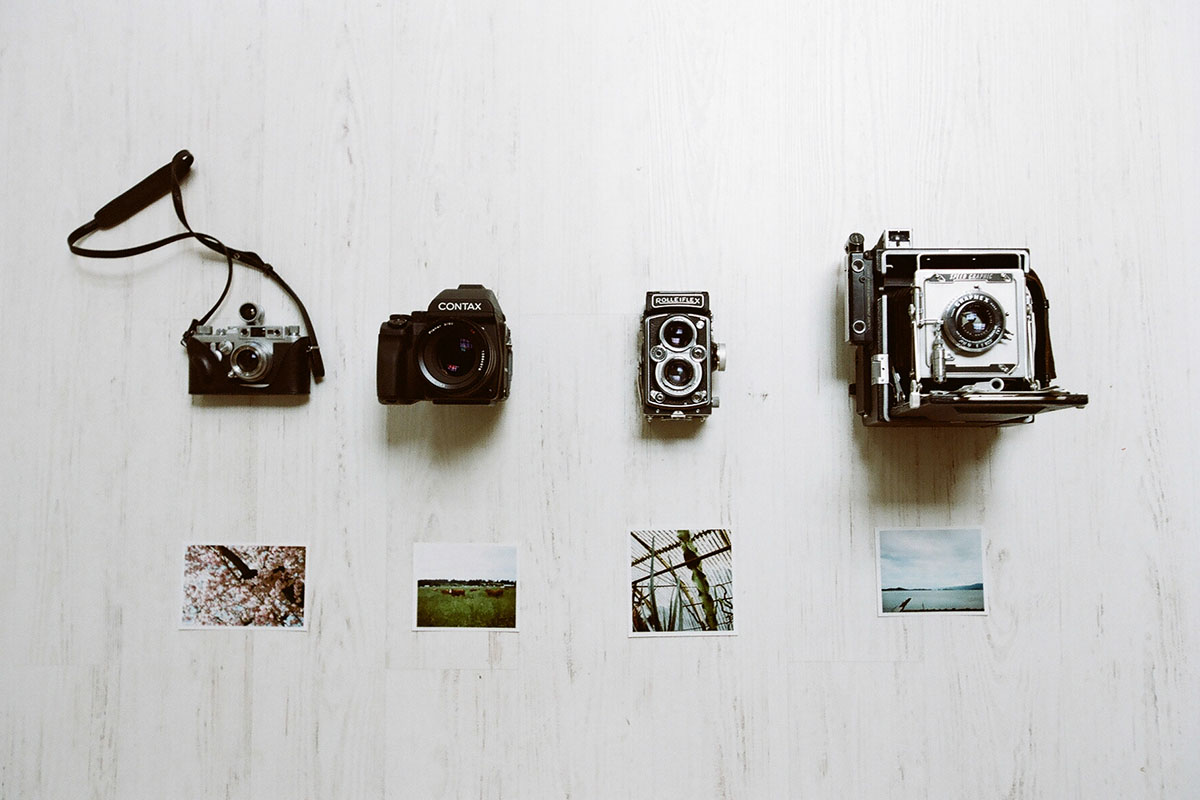 The Cost, oh lord, the cost

Who likes spending more money on photography? Everyone right?! No? Ah. Stick with me on this one then. When you are shooting with film every single badly exposed, out of focus or straight up bad shot has cost you money. We are all a little guilty of relying on the camera to create the image sometimes. Delete the stinkers and keep the winners. As an, at best, ‘enthusiastic photographer’ these days, I know I do. Shoot it in Raw, sort it all out later in post – disco. Believe me – when each image is costing you your hard-earned money you quickly learn to make each one count! Luckily there are still labs out there that provide a brilliant and cost-effective film processing and printing service! 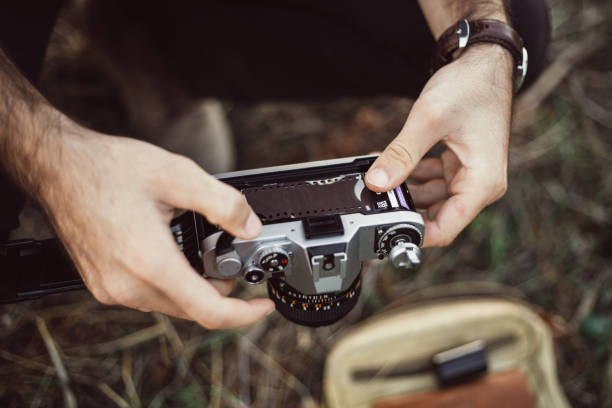 (RE) Learning to Understand Exposure.

The last point leads me seamlessly into the next one (neat right?). With a limited number of shots it really helps (forces) you to slow down your process and be more considered with your photography. Film is brilliant – it is still generally considered to have a higher tonal range than all but the very highest end digital cameras BUT, it has a lower tolerance to incorrect exposure. Arguing that the image is that dark to create a ‘melancholy mood’ will only get you so far and as my 2nd year final project at Uni is testament too – not far enough. You can’t save an underexposed image by shifting levels – it needs to be bang on when you press that shutter. I really don’t want to sound like some arrogant hipster sitting in a Brick Lane coffee house but it really will give you such a better understanding of setting your exposure perfectly every time. Plus, you should always have your trusty light meter with you at all times anyway. 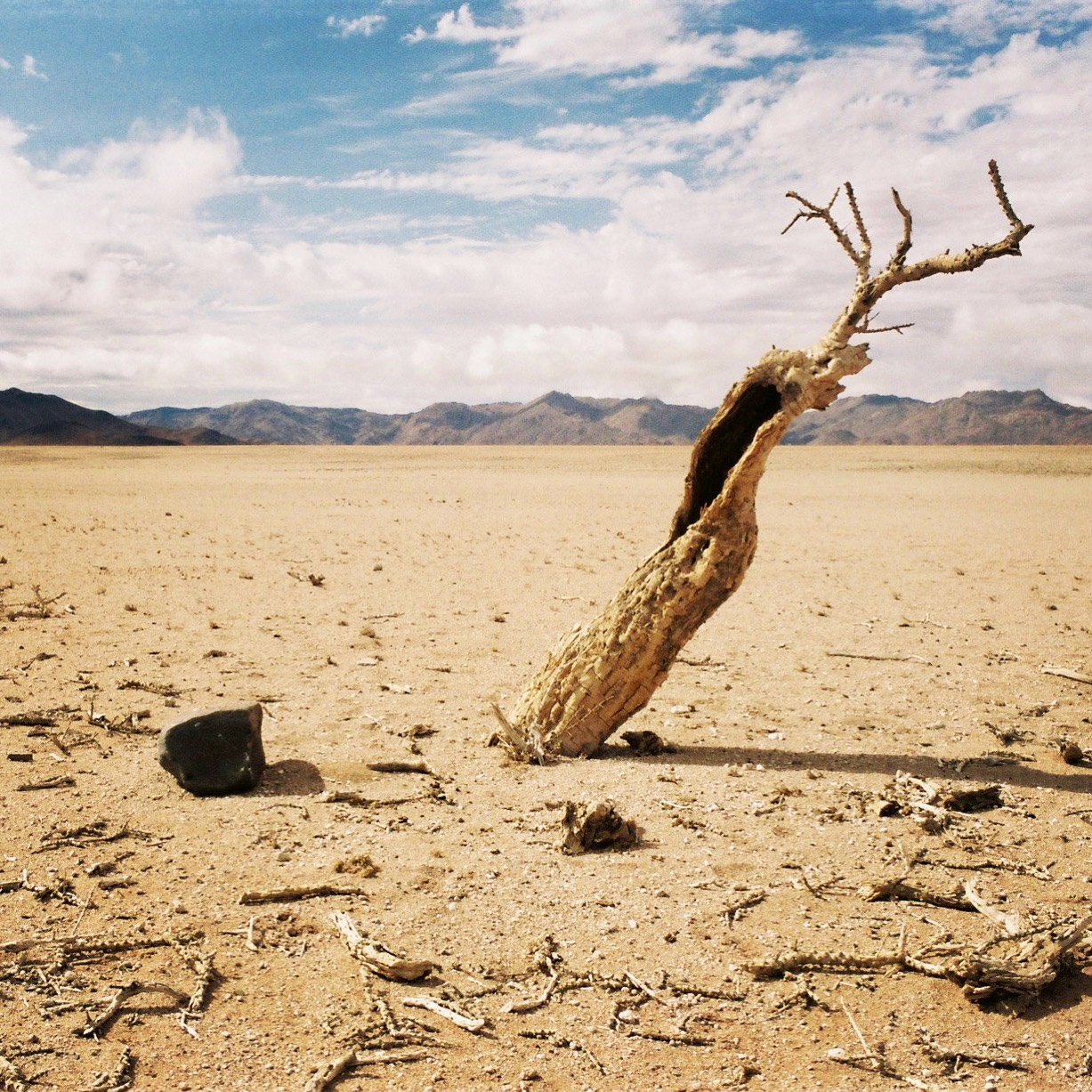 The dark arts of Colour Temperature

Try shooting daylight film under tungsten light, pay for it to be developed and scanned, wait eagerly to see your wonderful images and then cry for hours when they all come back yellow and dreadful and ask why you ever listened to some berk on the internet telling you to give film a go. You can’t set a colour balance so you have to buy the right type of film for the right type of lighting conditions. This will help you so much to hone your understanding of colour temperatures and will categorically make you a better photographer for it. 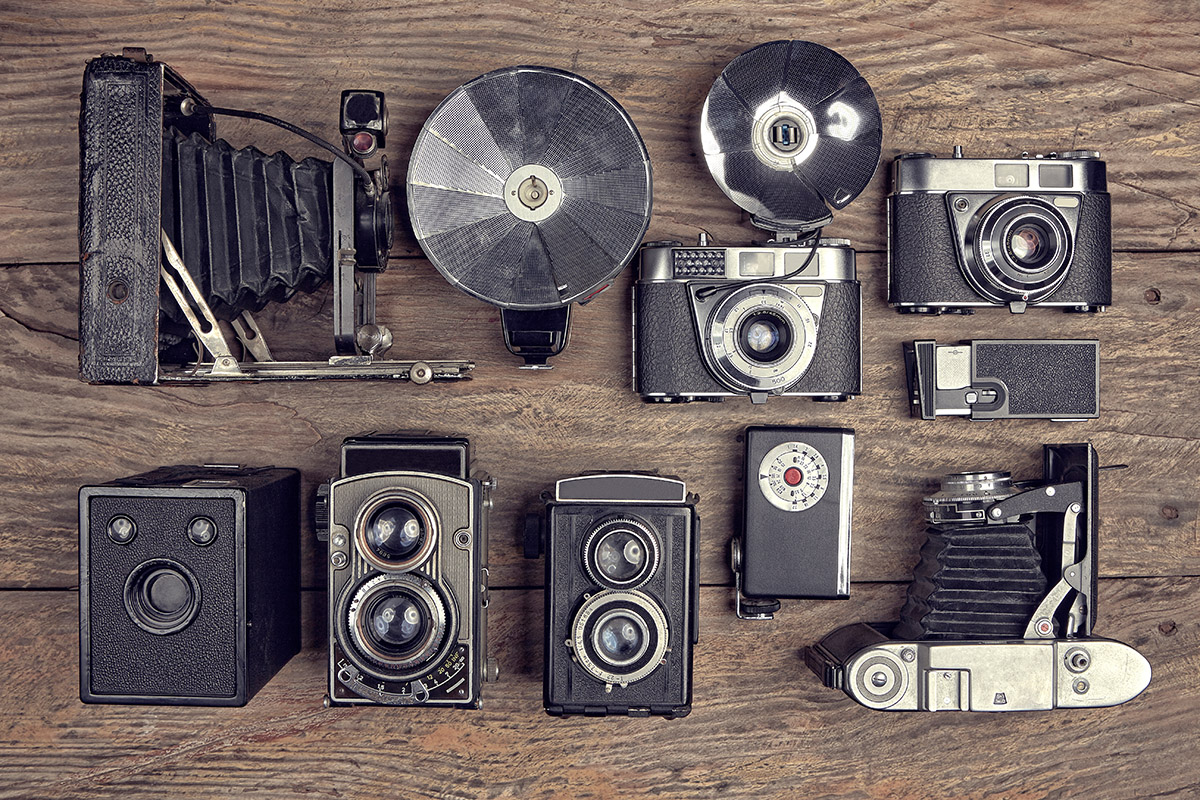 I can get an analogue camera for HOW MUCH?

Due to the resurgence in film photography cameras and kit are a bit more than they were two or three years ago BUT you can still pick up some superb cameras for a fraction of the price of their Digital counterparts. A quick trawl through eBay will bring up mint condition examples at very affordable prices. Or if you are lucky enough to still have a camera shop near to you then explore these treasure troves. I have very fond memories of travelling on the metro from Sunderland to Newcastle to visit MPS Photographic (now Digitalab!) and gaze longingly at all of the wonderful cameras on display. Places like The Real Camera Co, London Camera Exchange and Wex Photo Video to name a few are well worth a visit.

So there you go! Hopefully you are now Film Curious or even better, downright frothing at the mouth film mad. There are very few obstacles to giving film a go. There are more and more websites and stores selling film and we can provide an unrivalled Dev, Scan and Print service for you. Analogue Photography opens up so many extra creative avenues for you to develop and improve your skill as a photographer. In the end, we all got into photography because we love creating wonderful images – isn’t it great that there is a whole other world of possibilities out there to allow you to express your creativity even more.

In-Person Sales are one of the best ways to make more money with your photography business While a scary prospect for many, there is no denying it’s profitability Here are my

Our Ultimate Guide to Colour Management for Photographers

What is Colour Management? Well, that’s a big question, it is a vast subject, but one which we will try to outline simply here in terms of getting the best results

Ever wanted to see your creative analogue images professionally printed, HUGE?! Well Digitalab have teamed up with our friends at Analogue Wonderland to offer a great prize